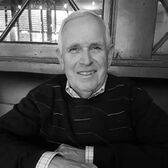 William Scalzo - President
My wife Virginia and I have lived in Gilbert for the past 25 years. During my career I have served in local government for thirty-seven years primarily as a director or manager. I have been on a variety of park and recreation boards and foundations for the past forty years. Most recently I served on a national parks’ foundation and the AZ State Parks Board. I retired as the Maricopa County Assistant County Manager a few years ago and have done some consulting since then. My wife and I are hikers and love to travel and attend sports events. We are active in our church, St Anne, and enjoy volunteering. Both of our children participate in parks activities where they live.

John Christiansen - Vice-President
His late wife and him met in Heidelberg, Germany as members of the military. They left the service and eventually moved with their two boys to the valley in 1985. They later moved to Gilbert in 2006 and lost his wife to cancer in 2007. After 30 years working in IT he, changed careers to financial services. His current wife, Deb (also a widow and also a veteran) and him moved back to Gilbert from Avondale in 2011. Their roots are deep with family relationships in Gilbert and throughout the East Valley. He was in the Gilbert Chamber of Commerce Leadership class 23 where he met several members of the Gilbert Parks and Rec Department. Their very ambitious and successful class project involved considerable interaction with the Parks and Rec staff and jumped at the chance to join the board of the Gilbert Parks and Rec Foundation. He is excited to see what we can do to add to the great work being done by the Parks and Rec department.

Dr. Alan Mafara - Treasurer
​Alan was part of the Gilbert Leadership Class XXIII that built Gilbert's first disc golf course at Freestone park. He is the owner of East Valley Animal Hospital and Anasazi Animal Clinic and is passionate about giving back to his community and believes a vibrant Parks and Recreation system will not only attract people to our community but keep them here. Alan also appreciates that there's room for private sector involvement in public projects for the common good. Alan shares his home with his wife Sharon, their 2 children who are 8 and 6, and a boxer -mix named Girlfriend.

Jennifer Lauria - Secretary
Jennifer currently works for the Gilbert Parks and Recreation Department where she oversees the operations for the Southeast Regional Library, Riparian Preserve, Volunteer programs and various agreements and contracts for the Town. She has been with the Foundation since its inception in 2015. Jen relocated to Arizona from Connecticut in 2014 and is the proud (and busy) mom of 3 boys, many pets and husband.
​

Joanne McLaughlin - Board Member
Joanne is a Programs Assistant with the City of Phoenix, in the Equal Opportunity Department. She currently serves within the Contract Compliance Division where she works with construction contractors to ensure compliance with local and federal requirements for Small & Disadvantaged Business Enterprise programs. She also develops training courses in the areas of diversity, leadership and respect that she teaches throughout all departments within the City. Joanne is a long time Arizona resident, having moved here as a child with her family to be stationed at Luke AFB. She recently made Gilbert her home and is excited the serve her community. Joanne holds a Bachelor’s degree in Public Administration.

Lisa Marucci - Board Member
Lisa is an Ohio native, and has lived in Gilbert since 2013. While she is an educator with many years in the K-12 setting, she currently enjoys serving students at Chandler-Gilbert Community College. She is passionate about volunteering and giving back to her community. Lisa brings to the Gilbert Parks and Recreation Foundation experience with management and operation of business affairs along with fundraising. Her hobbies include decorating, gardening, exercising, and spending as much time possible outdoors with family- her husband, two daughters, and soon to be son-in-law. Thus the perfect
incentive to become involved with the GPRF and its mission. Lisa holds a Bachelor’s degree and a Master’s degree both from Youngstown State University.

ndrea Marrujo - Board Member
Andrea Marrujo has lived in the East Valley since 2006, and is originally from Las Cruces, New Mexico. She and her Husband Carlos have 3 children together; Lexi , Aniyah  & Alijah . Andrea and her husband own a local heating and cooling company called Energy Air. She also is a local Realtor at Keller Williams Integrity First in Gilbert. Her hobbies include spending quality time with her family, playing outdoor sports with her children, traveling,  spoiling her two nieces, spoiling their 3 dogs two poodles and a pug, attending concerts and local sporting events. Andrea holds a Bachelors Degree in Public Management and a Masters of Education in Human Relations degree from NAU.  She has often enrolled her children in the various Gilbert Parks and Recreation programs and is excited to be giving back to her community by working with the Foundation and being a part of their Mission.

James Walker - Board Member
James Walker moved to Arizona in 2006 from Chicago, Illinois. He studied Communication at ASU where he  received a Bachelor’s Degree from the Hugh Downs School of Human Communication. Later, he earned Master’s Degrees from ASU and NAU in Education and Educational Leadership respectively. He is currently preparing to defend a dissertation on school funding issues to complete a Doctorate Degree in Education in 2020 from NAU. For the past 11 years he has been an educator and leader in the public school system  and currently serves as the Assistant Principal of Higley High School. James is active in the community where he was a member of Gilbert Leadership Class XXVI, sits on the Parks and Rec Foundation Board, serves as the Board Secretary of the Gilbert Sister Cities, and has participated in the Gilbert Citizens Police Academy. He has lived in Gilbert since 2016 with his wife and two young boys. ​

Joshua Barton - Board Member
Joshua is a trial attorney and founding partner at the East Valley firm of Calderon Barton. Josh is married and has two children, who keep him up at night and running during the day. Josh is a strong believer in non-profit work, and volunteers for the J. Reuben Clark Law Society and his local church youth group, in addition to his work with the Parks and Recreation Foundation. Josh worked with the Parks and Recreation department during college, and believes that a strong and active Parks department is vital to keeping  families happy, safe, and educated. Through his work at the Parks and Recreation Foundation, he strives to help our parks department have the funding, programs, and  facilities they need to touch the lives of his fellow Gilbert residents.

Renée Mesnik - Executive Director
Renée is currently an Adjunct Professor for the Maricopa County Community College District teaching courses in English Composition and English as a Second Language. She has lived in Gilbert for 16 years with her family and is also a Gilbert Leadership Class XXIV Alumnus. Renée’s experience in Educational leadership spans 24 years within PreK-12, Higher Education and Non-profit organizations. Renée brings expertise in team leadership, program development and management, volunteer recruitment, grant writing, community outreach and event coordination. Renee is currently completing a Doctoral degree in Educational Leadership and holds a Master’s in Education.

Arica Reed - Board Member
Arica moved back to Arizona from Kansas City, MO in 2016. She studied Political Science and Anthropology at the University of Arizona where she earned her Bachelor's degree. She is currently a Certified Fraud Examiner and Transaction Consultant for a national consulting firm. She also teaches English as a Second Language. Arica enjoys serving the community including regularly volunteering with Produce on Wheels, Feed my Starving Children, St. Mary's Food Bank, Living Word Bible Church where she is a member and her children's Parent Teacher Organizations where she served for two years on the board. She is a former military spouse and served for three years as Ombudman Assembly Chair for the Submarine Base in Kingsbay, GA. Arica and her family have spent many hours enjoying the various Parks and Recreation facilities and programs in Gilbert. She hopes to help provide the same opportunities for families in the future to continue enjoying the same programs and more. In her free time, she also enjoys traveling, hiking and camping with her family.
​
Anthony Martinez - Board Member
Originally from El Paso, TX, I have lived in Gilbert for over 30 years and have been married to my wife Cindy, for 35 years.  We have two sons; our 22-year-old graduated in May from ASU with a degree in Economics and my younger son 21 will be a senior at Embry Riddle Aeronautical University -Aviation Sciences and plans to be a commercial airline pilot.  I graduated from the University of Texas at El Paso with a BBA in Finance and I have been in the banking/commercial lending industry for over 39 years.   I am a VP-Commercial Lending Officer at Gateway Commercial Bank going into my 7th year and a proud graduate of Gilbert Leadership Class XXIV. As a family, and as my boys were growing up in Gilbert, we depended on numerous parks and recreation activities to keep them busy and help in developing and fostering their formative years.  From aquatics to little league baseball to learning how to fish at the Riparian Lake, Gilbert Parks and Recreation has been a part of our lives.  I am committed to ensuring the future of Gilbert is able to partake and enjoy the various activities offered through the numerous parks and rec programs.

Michael Watkins- Board Member
Michael has lived in Gilbert since 2009, He holds contractor licenses in the state of Arizona and Nevada and holds several safety certifications from the Board of Certified Safety Professionals, as well, he is a Mine Safety Health Administration instructor (MSHA). While working and traveling the US, Michael has always called Arizona home. He enjoys traveling, seeing different cultures, golfing, Deep Sea fishing, and building things from Pallet wood. But most of all he enjoys coming home to his family after traveling and letting his Australian Shepherd "Zeke" jump in his lap.  Michael is involved in the foundation because he wants to have a voice in the community, to leave the legacy of a better future, for generations to come.Michael Watkins- Board Member 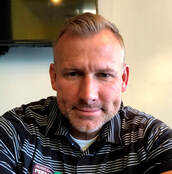 Sean Igleski - Board Member
Sean is a native Arizonan and has lived in Gilbert over 12 years with his wife Shayce and their three children! Sean has two businesses that service the HOA industry over the past 10 years.  One of his core businesses is HOA Playground Services where he has developed an intensive background in playground safety and is certified through the National Recreation and Parks Association as a Certified Playground Safety Inspector (CPSI).  He has also earned his designation as Certified Manager of Community Association (CMCA) through the Community Association Institute.  Sean has enjoyed working with many communities in the City of Gilbert and enjoys the many growing experiences that come to families through parks and sporting activities.  He is excited to give back to the community and enjoys the opportunity to serve the families of Gilbert.  Sean is active in his church and enjoys being out in nature and staying active with his family and traveling as much as possible.